Everything to Know About Booking a black drum fishing charter

What are the best black drum fishing charters?

What types of black drum fishing charters are common?

Inshore fishing is the most popular for black drum as well as flats fishing, nearshore fishing, and jetty fishing.

The most common fishing techniques are light tackle fishing, artificial lure fishing, and bottom fishing but drift fishing and live bait fishing are popular as well.

How much do black drum fishing charters cost?

When is the best time to go black drum fishing?

The most popular season for black drum fishing is summer, and most anglers book their trips 12 days in advance.


What is a Black Drum?

While not quite as recognizable as its more famous cousin the redfish (or red drum), black drum are a saltwater fish from the croaker family that are so named because they can produce loud noises with their air bladder between 100 and 500 Hz when performing mating calls, and you’ll often hear this “drumming” when you pull the fish out of the water.

Young black drum are often mistaken for sheepshead due to their black and silver stripes, but they generally grow out of this as they reach maturity and adopt a more even silver-gray color. Their teeth are rounded and located in the back of their throat, and used to crush oysters, shellfish, and other mollusks and crabs. Because of this, they are often found patrolling oyster beds and shell bottoms.   Black drum are a nearshore and inshore fish found in many of the same areas as redfish. Juvenile drum will be caught inshore while more mature fish can be found further out. They are generally a robust fish, tolerating a wide variety of water conditions and temperatures, although their range is not huge, extending only through the western Atlantic and Gulf of Mexico.

How big do Black Drum get?

Black drum have a strongly arched back almost resembling that of some trevally, and as mentioned above their coloring will fade as they age and reach around 12-24 inches. Black drum can grow to 60+ inches and over 100 pounds, although more commonly are found around 15-20 pounds with inshore juveniles being at most a few pounds.

The black drum is the largest member of its family and while some bull redfish can reach massive sizes, record black drum have been bigger. This is all the more impressive for a fish that spends most of its life close to shore.

Their growth rate is highest while they are young and they reach maturity at around 2 years, but these fish can continue to grow for a long time - potentially reaching upwards of 50 years, so it’s no wonder you can find some large specimens.

The world record black drum was a whopping 146 pounds.

Where is the best place to catch Black Drum?

Black drum live throughout the mid-western Atlantic and are common in the Gulf states, and they are an inshore-nearshore schooling fish. They can be found from Nova Scotia to Argentina, but are most common from Virginia to Texas and in particular love the Texas coast.

They are often found near rocky jetties, piers, or pilings, or otherwise can be found near their one true love: oysters. They are also known to frequent brackish estuaries and channels, and larger fish will prefer saltier water.

When should I catch Black Drum?

The best time to target black drum is February and March when they come inshore to brackish waters in large numbers for their annual spawn. They like current and structure, so you’ll find them in channels or by any sort of pilings or jetties.

You can also night fish for black drum with some success, and otherwise stick to structure and you can’t go wrong.

How do you catch Black Drum?

Black drum are not particularly good fighters pound-for-pound, but they make up for this by reaching gargantuan sizes for an inshore fish, and they will use their heft to their advantage. They won’t make crazy runs, but they will fight you like a bulldog and refuse to surface (they sometimes even feel like a shark that is just continually pulling).

Black drum are bottom feeders, so you’ll want to drop your line to the bottom or suspended a few feet above. Jigging is a common method. Shrimp works well as can squid, and crabs are great if you have them, and you can use a circle hook (no need to set the hook!).

Since black drum usually feed based on scent, feel free to up the size of your tackle to make sure you wont break the fish off.

Black drum are generally only kept at the low-end of the slot limit, or about 14-15 pounds. Below that weight the have a moderate taste similar to a redfish. Above that, larger drum typically have tougher meat, have tougher scales that can be hard to remove, and can often attract some parasites as they age (especially since they can live for so long).

Smaller drum are tasty and the only challenge is generally removing the large scales, so its generally best to fillet them and remove the skin as well, and many regulars invest in an electric fillet knife. 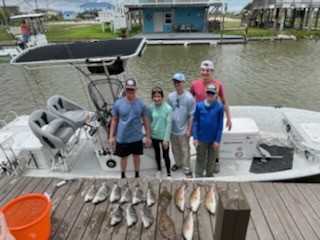 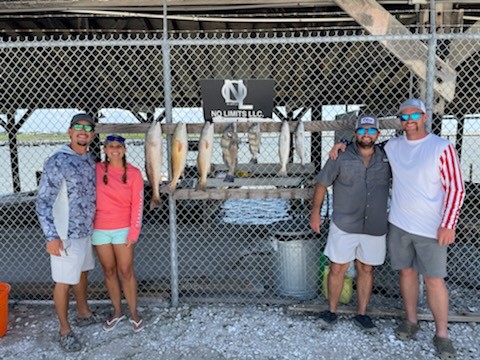 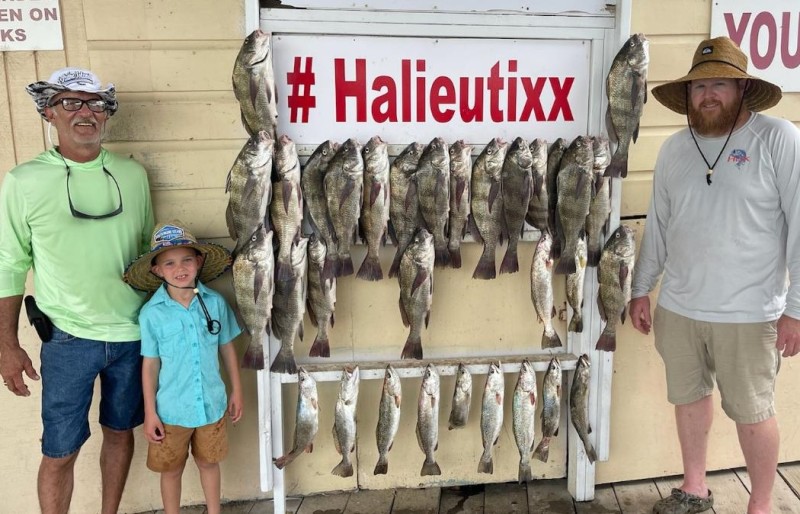 Fishing has been spectacular! Flounder are being caught on the intracoastal. Slot reds being caught in dirty water on cut bait and artificials. The trout bite is on fire in the early morning and late evening on live shrimp and popping corks. Drums excellent on dead shrimp on out going tides.