Everything to Know About Booking a cobia fishing charter

What are the best cobia fishing charters?

What types of cobia fishing charters are common?

How much do cobia fishing charters cost?

When is the best time to go cobia fishing?

The most popular season for cobia fishing is summer, and most anglers book their trips 69 days in advance.

Where can I get a fishing license for cobia and what are the bag limits for cobia?

See here for more information on cobia fishing licenses, cobia bag limits, and fishing season regulations for cobia. When in doubt, your fishing guide will always know the right cobia rules and regulations.


What is a Cobia?

A cobia is a unique fish - there are no other member of its scientific family left, and it is a fairly prehistoric-looking beast. It is a fish of many names (Texans prefer to call it a ling, and elsewhere around the world you might hear black kingfish, black salmon, lemonfish, black bonito, sergeantfish, cubby yew, crab-eater, or even the prodigal son).

To identify a cobia isn’t too difficult, as they have a massive, depressed head that looks almost flat like a catfish. They are also quickly told apart by their olive upper and white lower body, sometimes with a stripe down the side. These stripes are often more prominent during the spawn. They also have a few unique spikes on their back before their dorsal fin, and interestingly do not have a swim bladder like most other fish, meaning they must propel themselves to swim up or down in the water column.

Cobia are a popular gamefish; they’re strong-willed and fish hard on the line, and are known for keeping the fight alive even after being boated multiple times (don’t underestimate this fish).

They are good to eat and are fished both commercially and recreationally.

How big do Cobia get?

The cobia can grow to pretty substantial sizes, and they can fill out to be rather hefty. They can grow to a maximum of about 80 inches and 175 pounds. The average adults are closer to 30 pounds.

Cobia live to be up to 12-15 years and males mature at 2 years while females mature at around 3, a relatively young age. Breeding generally takes place from April to September in large offshore congregations (earlier in the southeast and later in the Gulf of Mexico).

What's the biggest Cobia ever caught?

The largest cobia taken on rod and reel was caught in Shark Bay, Australia. It weighed 135 pounds and was caught in 1985. But this is by no means the largest cobia taken - that distinction belongs to spearfishermen in Brazil who brought in a massive 172 pound fish in 2014. The fish doesn’t technically count towards any records because two men both speared the fish in order to bring it in, but this catch is impressive nonetheless. The official spearfishing record for cobia is a 142 pound fish, still greater than rod and reel.

Where is the best place to catch Cobia?

Cobia are a pelagic fish and prefer the open sea but are often found cruising elsewhere, including any buoys or flotsam. They will often cozy on up to your boat to check out whats going on and search for crustaceans and small fish. There are also cobia who live inshore in bays and mangroves mostly in pursuit of prey.

Cobia are usually solitary but can be seen in small schools, especially in Florida where they are particularly common. They live all over the world in warm-temperate waters and are very widespread. You can find cobia from Canada to Argentina, from Morocco to South Africa, and from Japan to Australia. The only place you really won’t find cobia are the Eastern Pacific.

When should I catch Cobia?

In Florida, cobia are particularly plentiful. Atlantic coast cobia will hang around near the Keys in the winter months before they move back North. Therefore the Mid-Atlantic states will get the most action in the summer months. In the Gulf fish are around most of the year, but are best spring to summer.

A good rule of thumb is that on the Atlantic side fish will reach North Carolina and the Chesapeake Bay by May, and on the Gulf side will reach Destin by April.

How do you catch Cobia?

When migrating, these fish swim close to the surface and sight casting is the name of the game. They are often seen migrating with rays, and some anglers even use ray’s wings as an indicator that cobia might be nearby. Otherwise, you can catch them trolling, bottom fishing, or jigging.

Cobia are strong, aggressive predators who mainly feed on crustaceans, fish, and squid. They are attracted to many jigs and are curious by nature, so it is good to use colors and get them excited with sound and movement. They will also eat a wide variety of live bait, but are especially interested in crabs (remember, one of their nicknames above is crabeater).

If casting, try to land the bait close to the fish and past its nose, and then run it by their head. If done correctly, cobia should lunge at just about anything that looks appetizing enough to get their attention. The fish will then take off, and once you are able, bring the fish to the boat and work quick so it doesn’t take your line again!

Are Cobia good to eat? What are the best Cobia recipes?

Cobia’s firm, white meat is considered excellent table fare. It has a rich taste and can be buttery but with a low amount of fat an oil. They are good cooked just about any style. They can be high in mercury like other pelagic fish so they are best in moderation. 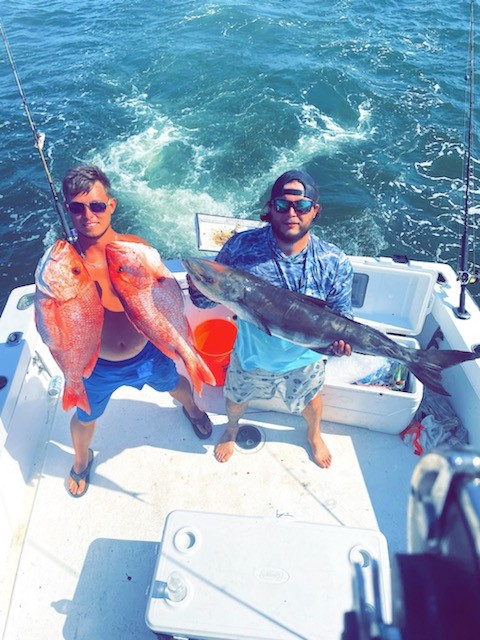 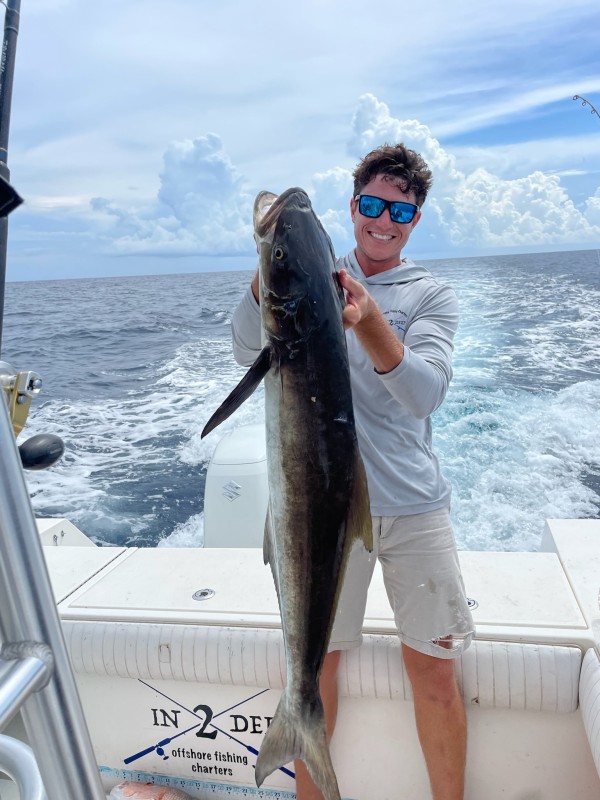 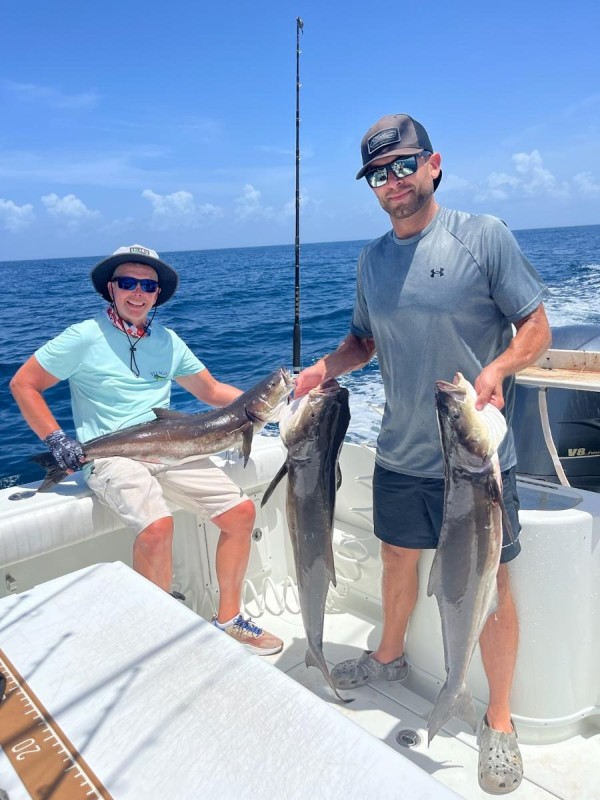 It's been awesome! Lots of red snapper, groupers and tunas.