Everything to Know About Booking a spanish mackerel fishing charter

What are the best spanish mackerel fishing charters?

What types of spanish mackerel fishing charters are common?

The most common fishing techniques are light tackle fishing, trolling, and bottom fishing but heavy tackle fishing and live bait fishing are popular as well.

How much do spanish mackerel fishing charters cost?

When is the best time to go spanish mackerel fishing?

The most popular season for spanish mackerel fishing is summer, and most anglers book their trips 19 days in advance.


What is a Spanish Mackerel?

Spanish mackerel (Scomberomorus maculatus) are saltwater fish, found in the Atlantic ocean. They have a green back, silver sides with three rows of yellow spots on both sides and sharp jaws. These spots help to separate them from the cero and king mackerel, who otherwise look very similar.

They are strong swimmers, reaching speeds of up to 18 feet per second, for stretches of up to 20 miles. Built for speed with their bullet-shaped bodies, be ready for an energetic fight once you have one hooked. Thanks to conservation efforts after overfishing in the 1980s, starting the fight will be a much easier feat now that the species has been brought back from the brink!

How big do Spanish Mackerel get?

Not typically regarded as a bragging rights fish, spanish mackerel are typically between two and six pounds. Those that grow larger than ten pounds are considered large.

They are usually at their full size at five years for males, and six years for females.

On November 4th, 1987, Robert Cranton caught the International Game Fish Association world record for spanish mackerel. Weighing in at a solid 13 pounds, this beast was caught out of Ocracoke Inlet, North Carolina, and has yet to be officially beat.

Where is the best place to catch Spanish Mackerel?

Spanish mackerel are a shallow water species, staying in depths of 10 to 40 feet, however can occasionally be found as deep as 80 feet. They can be found as far south as the Yucatán Peninsula in Mexico, and as far north as Cape Cod, Massachusetts.

Some of the most highly regarded areas to fish for spanish mackerel are Miami and the Keys in Florida, and also the northern Texas coast.

When should I catch Spanish Mackerel?

Spanish mackerel are migratory fish who follow rising water temperatures. Due to this, it is important to follow their pattern and target them according to where they are along their route during season changes.

The Gulf of Mexico tends to be the best from May to September, whereas in the Atlantic, you can find them travelling north up the United States coast line in the spring summer, and then head down south towards Cancun for the fall and winter.

How do you catch Spanish Mackerel?

There are several spots to look for spanish mackerel depending on how deep of water you are targeting them in. For offshore and nearshore, look for structures that they may school around, while inshore check the surfs, flats, piers, and jetties.

They tend to feed in large schools near the surface, so another convenient way to find them is by watching for water commotion as well as bird activity.

Spanish mackerel can be caught with many different lures and baits. Nylon jigs, feather lures and spoons work great for artificial, while minnows and live shrimp work great for natural bait. They can be used while trolling or drift fishing, or just casting off the pier.

Spanish mackerel are a very popular white fish, and is best eaten fresh. There are many ways to prepare mackerel, whether you broil, fry, bake, or even smoke them. However, the most popular way to enjoy spanish mackerel is in sushi! At many sushi restaurants, you will find it under the name sawara. 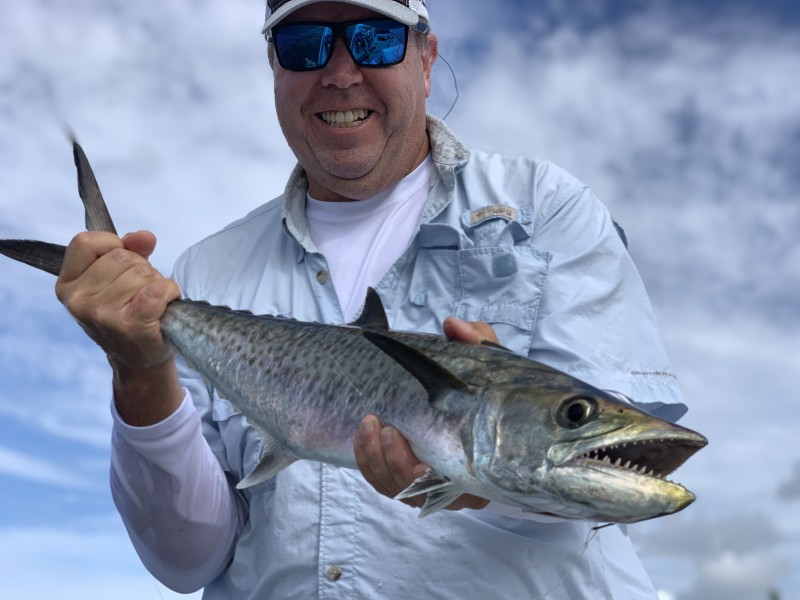 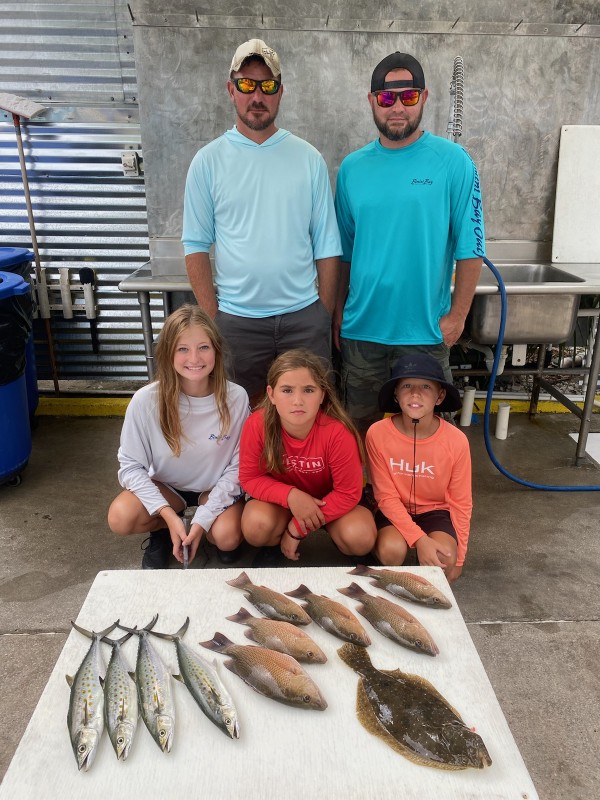 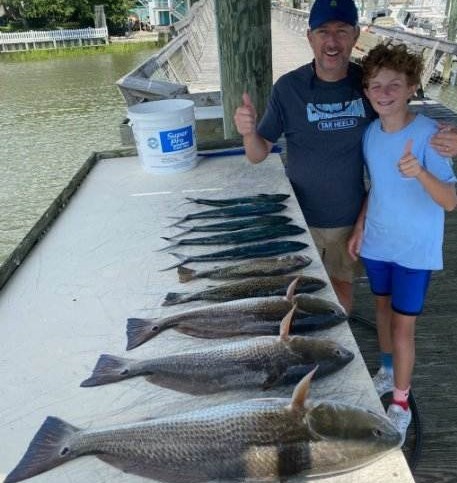 Finally the wind machine stopped for the Palm Beaches. Calm seas, light variable winds made for epic fishing. The sea weed along the beaches was still present, but the calm waters allowed for the sea weed to settle and anglers to sight fish crystal clear waters. Beach fishing was fantastic the past week, calm waters allowed for bait schools to school in troughs along the beach. Plenty of bait signals predator species like snook, tarpon, jacks and sharks to feed on these bait schools. Snook could be seen cruising the shorelines in search of there next meal. Not far behind the snook, tarpon allowed anglers to sight fish and present live baits and DOA Terror Eyz in there path creating drag screaming action. Inlet action for snook stayed consistent, DOA C.A.L. 3" shad tail in Mole’ rigged with a 3/8oz jig, excellent bait of choice as well as live baits. Tarpon, jacks, sharks and snapper all species that offered steady action . Snapper fishing provided plenty of action for anglers along rock jetties and drop offs. Inshore fishing anglers had a blast targeting big jacks on top water Rapala skitter walks, also catching bluefish and mackerel. Docks, sea walls and drops offs all great areas to target a plethora of species. Snook, tarpon, jacks always main target, but sometimes we are surprised with species we don’t see often in the ICW. This weeks surprise catch was an African pompano, caught by a JR angler. Well that is the fishing reply for the past week, hope you all enjoyed. Remember you can’t catch them from the couch, so get out there and get hooked up. Tight Lines