Everything to Know About Booking a tarpon fishing charter

What are the best tarpon fishing charters?

Our Damn Good Guides currently offer 252 tarpon trips, and the most popular trips are Inshore - Half Day Trip guided by Shawn, Half Day Trip - 22’ Century Center Console guided by Joshua, and Tarpon Capital of the World guided by Ryan.

What types of tarpon fishing charters are common?

Inshore fishing is the most popular for tarpon as well as flats fishing, nearshore fishing, and river fishing.

The most common fishing techniques are light tackle fishing, live bait fishing, and artificial lure fishing but bottom fishing and fly fishing are popular as well.

How much do tarpon fishing charters cost?

When is the best time to go tarpon fishing?

The most popular season for tarpon fishing is summer, and most anglers book their trips 15 days in advance.

Where can I get a fishing license for tarpon and what are the bag limits for tarpon?

See here for more information on tarpon fishing licenses, tarpon bag limits, and fishing season regulations for tarpon. When in doubt, your fishing guide will always know the right tarpon rules and regulations.

Tarpon are a mesmerizing species for good reason- while one of the largest gamefish species in the world, they offer one of the toughest pound-for-pound fights around and are gorgeous to watch as they cruise the flats on their never-ending migration patterns.

Tarpon are also incredibly adaptive- while their saltwater territories blanket much of the globe, they also survive in brackish water (water that's a freshwater / saltwater mix) like rivers and marshes.

Tarpon consider themselves at home in warm bodies of water which carry less oxygen than cooler waters. They don't mind since they're one of the few fish species that can rise to the surface and gulp air for bursts of energy, much like Michael Phelps as he's sprinting to a gold.

There are two species of tarpon in the world, Megalops atlanticus (awesome name) which is the Atlantic Tarpon, and Megalops cyprinoides, aka the Tarpon of the Pacific and Indian Oceans.

The Pacific Tarpon can be found from the eastern shores of Africa to southeast Asia, Japan, Australia, and the nations of Oceania.

What Do Tarpon Eat?

Tarpon are a scavenger species and hungry Tarpon will eat just about anything, alive or dead: mullet, crabs, sardines, pilchards, minnows, ladyfish, pinfish, grunts, shrimp, herring, you name it.

Tarpon Fishing: How to Catch Tarpon

If you've ever wondered how to fish for Tarpon, you've come to the right spot.

To catch a Tarpon, you need to be fishing in the right place at the right time with the right gear. Even juvenile tarpon pack a mean punch, so it's best to gear up, and our guides always come prepared.

5000 to 7000 series spinning reels are the general consensus for conventional fishing. Medium-heavy rods are up for the challenge as are 10-12 weight fly fishing rods.

In terms of terminal tackle to protect against Tarpon breaking you off with their violent headshakes, 60-80 lb. fluorocarbon is the best bet for leader material. That being said, Tarpon can be extremely picky so balancing an unassuming profile while retaining strength is a must when targeting Tarpon.

Last note: be sure to pack a pair of fishing gloves if you plan to get up close and personal with these dinosaurs. Tarpon are known for ripping the skin right off the human hand with their scales and rock-hard jaws. Don't be a knife to a gunfight!

How big do Tarpon get? The world record Tarpon was 286 pounds, 9 ounces and was caught by Max Domecq in Rubane, Guinea-Bissau, Africa on March 20, 2003. According to the IGFA, it is the largest Tarpon ever caught and recorded and was caught on a mullet in just over an hour.

Can You Eat Tarpon?

No. Tarpon are a prized gamefish species for their fight. When it comes to table fare, they provide bony, tough meat- they're a ruthless species inside and out!

The ultimate fishing experience for many is to catch a Tarpon on the fly. As stated above, 10-12 weight fly rods are recommended- anything lower and these beasts will likely snap it- plus, fighting an athletic fish on light tackle can exhaust the fish to death.

When it comes to reels, be sure to go with size and get something you're comfortable tightening up the drag and confident the reel will perform smoothly. If your reel tenses up at the wrong time, SNAP!

As covered above, 60-80 lb leader is recommended although experienced Tarpon anglers might feel comfortable taking things down a notch into the 40-60 lb range.

Tarpon flies run the gamut- as stated, Tarpon will eat everything under the sun. That being said, they can be pretty picky as they cruise the coast on the migration path paying little thought to snacks along the way.

Tarpon flies are the big secret- our damn good guides have them down to a science, but anything that resembles the poor specimens listed above ought to do the trick.

Tarpon Fishing Florida / When is Tarpon Season in Florida?

While Tarpon in Port Aransas may be a bit rarer since the town was named the Tarpon Capital of the World, catching a tarpon in Port Aransas is still one of your best bets along the Texas coast. Previously known as Tarpon, Texas back in the day, Port Aransas, with its protruding jetties, is a mainstay for Tarpon fishing along their Gulf of Mexico migration.

Not to be outdone, tarpon fishing Galveston is also a must for Texas Tarpon dreamers. The late Captain Michael Larue (and Captain Experiences Damn Good Guide) of Galveston, TX and his son Shane hold the Texas state Tarpon record for their 229 pound Tarpon caught in 2017. 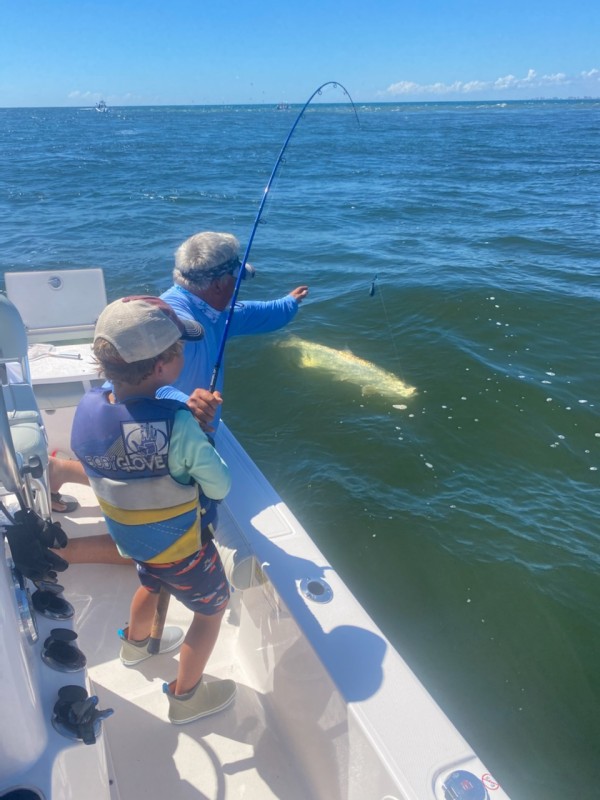 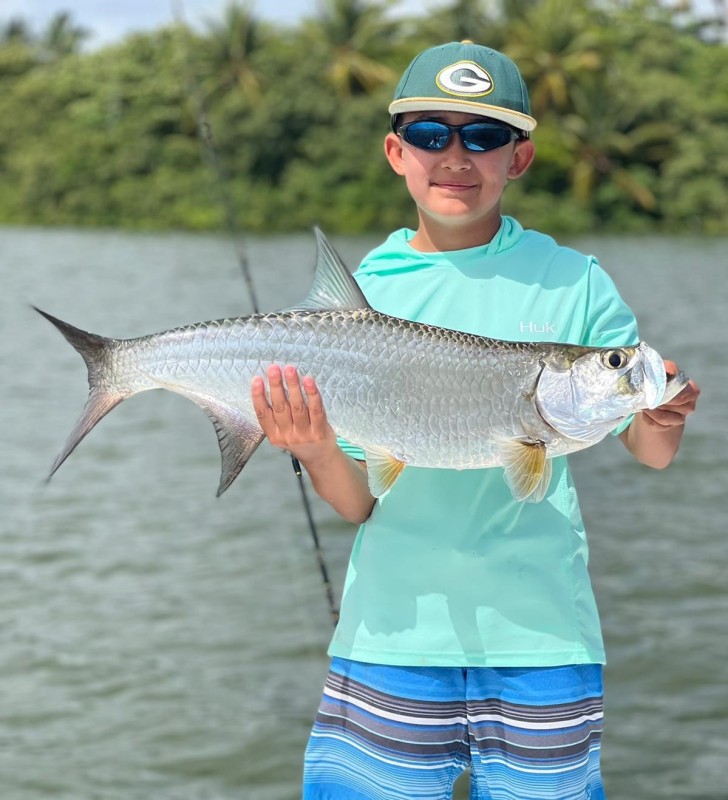 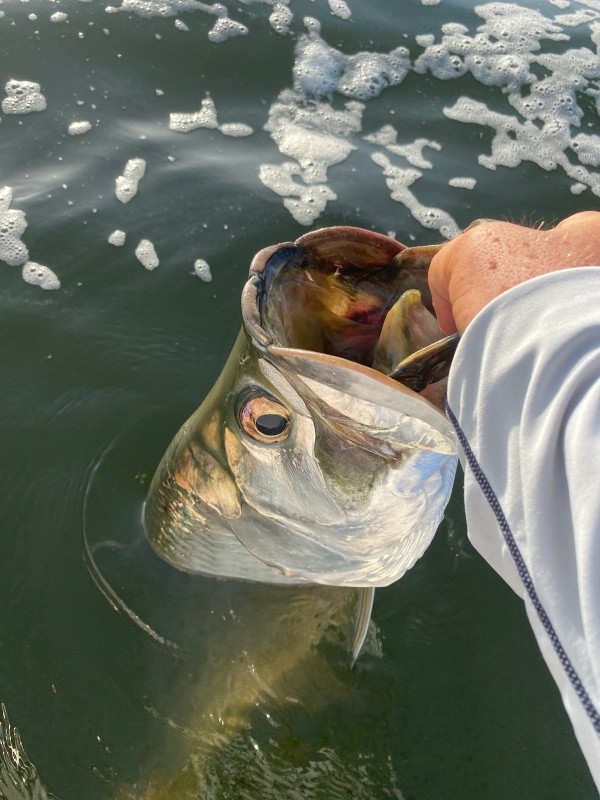