Everything to Know About Booking a fishing charter in Galveston

What are the best fishing charters in Galveston?

Our guides in Galveston are rated a 5 out of 5 based on 610 verified reviews on Captain Experiences.

All guides on Captain Experiences are licensed, insured, and vetted by our team. You can access their reviews, click through trip photos, read bios to get to know them, and preview trip details like species, techniques, group sizes, boat specs and more.

Other popular fishing spots nearby for booking a charter include Texas City, San Leon and Hitchcock.

What types of fishing charters are common in Galveston?

The most commonly sought after species in Galveston are: 1. redfish, 2. speckled trout / spotted seatrout, 3. black drum, 4. flounder, and 5. blacktip shark.

The most common fishing techniques in Galveston are light tackle fishing, bottom fishing, and heavy tackle fishing but trolling and artificial lure fishing are popular as well.

How much do Galveston fishing charters cost?

When is the best time to go fishing in Galveston?

The most popular season for fishing in Galveston is summer, and most anglers book their trips 22 days in advance.

Where can I get a Galveston fishing license and what are the bag limits in Galveston?

You can book Galveston fishing charters for everything from casting artificials for speckled trout to throwing bait for a bull redfish to a night of flounder gigging. The inshore fishing for sharks really turns on in the summer months, and you'll have an opportunity to catch Texas tarpon from May through August. Flounder are on fire from late August through November, and Sheepshead group up in the winter months. With your consistent staples of redfish and trout, every Glaveston fishing season has something to offer, making Galveston a true year-round fishery.

Fishing the Galveston Bay Complex for Trout and Redfish

The biggest speckled trout and redfish are red-hot September through November, making fall the best time to catch monster reds and specks. Trout and redfish are still abundant outside of the fall season in Galveston during their migration, but generally in smaller sizes (which also tend to be better for eating). These fish are beloved by all experience levels for a good reason: they're abundant and fun to catch, and everyone is always shooting for their PB. Target these fish with live bait, some soft plastics, or even flies if you are up for a challenge.

The Silver King is the ultimate high octane sportfish for inshore waters. This fish is a bit rare in Galveston, but they can be caught on everything from traditional tackle to flies in waters ranging from nearshore to shallow backwaters. Once this fickle fish bites, hang on tight while they display their power with long leaping runs. The best time to fish for tarpon in Galveston is late spring through fall.

The Galveston Bay system is comprised of four main bodies of water. To the North, Trinity Bay is formed by the Trinity River dumping into the gulf. Located south of Trinity Bay is Galveston Bay, which is sandwiched between East Bay and West Bay. East Bay covers the area north of the bolivar peninsula and West Bay consists of the area north of Galveston Island. You'll find similar species and seasons across the bay system but each area provides its own unique flavor - the guides that fish these waters all have their preference, and its worth taking a few charters to explore all Galveston has to offer inshore.

Fishing the Galveston jetties is a great experience for anyone looking for a laid-back trip that consistently puts fish in the boat. Cut bait or live bait is the go-to for jetty fishing trips and is great for catching redfish, various sharks, speckled trout, and drum. In between catching fish, you can relax while watching boats and dolphins come and go nearby, or just enjoy being on the water. This is where you'll also have the easiest shot at some big fish, since the bait around the rocks always brings in the big ones.

The North Jetty begins on the Bolivar peninsula while the South Jetty starts on the east most point of Galveston island. The pair of jetties were built to protect the shipping channel but anglers discovered that all kinds of fish use them as feeding grounds. The Texas City Dike extends from Texas City toward the mouth of the North and South Jetties. The dike is 5.3 miles long making it the largest man-made fishing pier in the world, and is a great spot to throw a line, from the pier or the boat.

Red snapper season in Texas state waters is open year-round in state waters, which extend up to 9 miles out. This means you can always have a shot to take home some of the best table fare that bottom fishing has to offer. Kingfish are also commonly found in the nearshore waters of Galveston and are one of the most explosive feeders when they strike. Kingfish put up a good fight and till run toward the horizon. Summer is the best season to catch King Mackerel in Galveston, with a fairly strong bite beginning in the spring and extending into early fall. A day spent nearshore to Galveston on a boat filled with kings and snapper and you'll be a happy camper.

For groups looking to leave land behind, Galveston deep sea fishing trips present true offshore opportunities. You can hook up to amazing sportfish any time of year with an offshore Galveston fishing charter. Between red snapper, grouper, cobia, amberjack, mahi mahi, tuna, marlin, and sailfish, you can catch just about everything Texas and the Gulf of Mexico has to offer off the coast of Galveston. Deep sea charters usually leave from the Galveston Yacht Basin, just a short 5-10 min drive from the Seawall. While offshore fishing is great year-round in Galveston thanks to Texas's warm climate, late spring to mid fall is considered deep sea peak season. It's worth noting federal red snapper season in the Gulf of Mexico comes into effect beyond 9 nautical miles, and unlike the Texas snapper season, does not run year round. For 2022, the federal red snapper season reopened on June 1 for recreational anglers and will run until the quota is set. While federal waters are generally better for fishing, federal guiding permits in the Gulf are difficult to obtain. If you want the best chance at catching red snapper during their peak season beginning in June, book a Galveston fishing trip well in advance.

Trolling for mahi-mahi and wahoo provides some of the best offshore action and meals that the gulf has to offer, and hitting amberjack during their shorter season is a fantastic way to spend a day. Amberjack season typically opens May 1st, which is during the peak of their spawning season. Big amberjack will give you one of the most serious fights of your angling career. Trolling when water temperatures are warming up will bring on the mahi-mahi bite, but when the water temps cool off, the wahoo bite heats up and is the perfect time to catch a giant.

The Gulf of Mexico isn't known for being a blue water fishing destination, but if you travel far enough offshore in Galveston (60 to 90 miles), you're sure to see beautiful fishing grounds—and catch even more beautiful gamefish. Charter a blue water trip for a chance at sailfish and the elusive marlin in 3,500 ft deep water. Catching a blue marlin means trolling in deep water around offshore platforms or bottom structures, which are generally key to success, but sometimes they manage to show up out of nowhere. These massive predators are formidable fighters, and the battle between marlin and angler can last for hours. If the marlin aren't biting, wahoo, sailfish, and tuna are also common target species that patrol Galveston blue water and may hit your spread while you troll.

Headed to the Texas Floaters for Tuna

If you love non-stop fishing, then an overnight "floaters fishing trip” is for you. Head out and fish all night around deepwater oil platforms known as floaters (because...they float). These floaters are the perfect structure for baitfish. At night they are brightly lit, which makes for perfect tuna hunting grounds. These tuna are far into the gulf, and an overnight trip is best here. 36-48 hours straight fighting tuna? How could we say no to that. Yellowfin tuna can be hauled in all year trolling offshore from Galveston, but fishing is best from fall through the winter months. Yellowfin tuna is a bucket list fish for many anglers, and for good reason. This fish puts up a big fight and will drag out line at incredible speed every chance it gets. Galveston tuna can also grow up to a massive 400 lbs and reach lengths of nearly 7 ft. Yellowfin tuna are widely known for their delicious meat which makes catching one even more rewarding.

Things to do in Galveston

While our Galveston fishing guides are tough to beat, this city is far from a quiet fishing town. Check out Moody Gardens, Schlitterbahn Galveston Island Waterpark, or stroll down the historic Seawall Boulevard to take it all in. Galveston also throws a “Best in Texas” Mardi Gras celebration every spring. If you are tired of being on your feet, take a load off and visit any of the fantastic public beaches like Stewart Beach.

Whether you're an experienced angler or just taking the family out for a nice day on the water, our selection of top Galveston charter fishing boats has you covered. Book your next fishing charter in Galveston today for unbeatable fishing any season, any time!

See what's been biting in Galveston lately with our Galveston Fishing Report.

How are fishing conditions in Galveston? 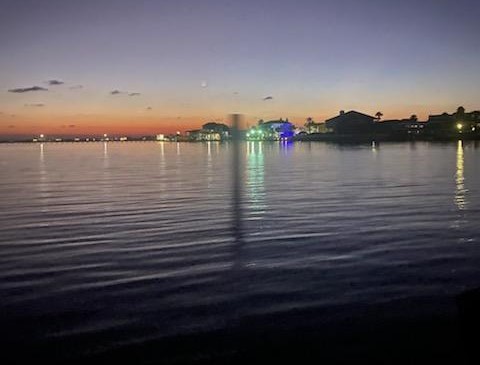 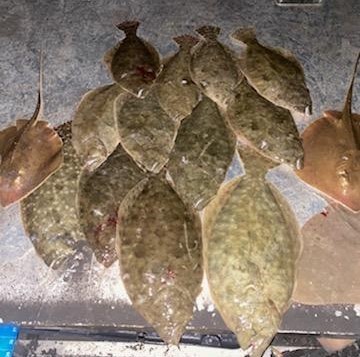 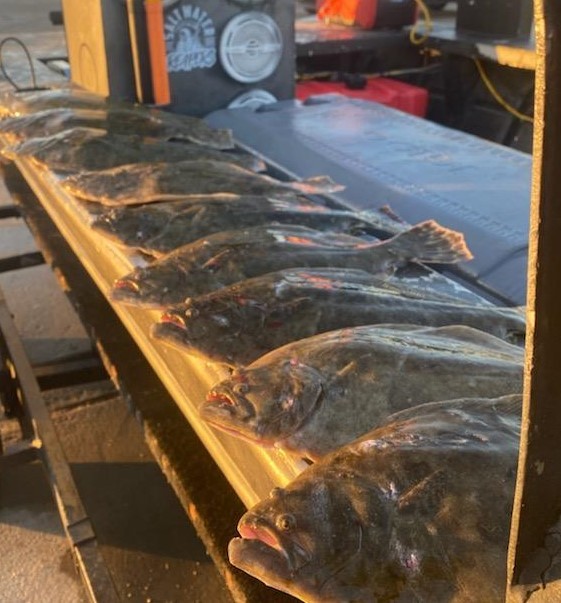